AFRICA and BACK HOME

Bloggers blog right? or write? RIGHT!
I have been gone too long. I need to share to tell you, and to remind myself, of all the wonderful things the Lord has done for me. 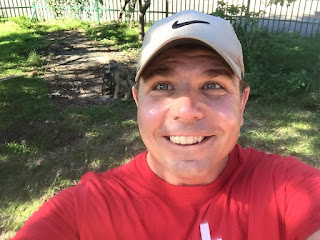 Well I made it back alive from my mission trip to Africa.  My life was never really threatened but we are never promised tomorrow and I suppose there were plenty of moments in my trip where my life could have ended:

street violence (I’m assuming Soldiers/police in downtown Harare and in the Shop Rite in Livingstone carry AK-47s for show),

falling to my death from a fool hardy trip halfway down a 500 foot gorge (I was wise enough to turn back when I realized that Crocs didn’t offer the best footing and that it wasn’t  worth it.  An exhausted companion who did the entire trek later confirmed “It was stupid!” Apparently the river below didn’t offer much more than the view from above, except swarms of mosquitoes and flies. )

However, the Lord watched over me and I am safely back home. 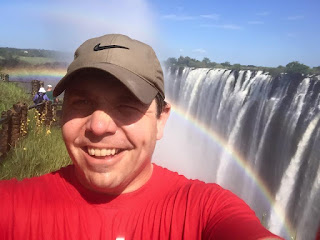 It was an incredible experience that I will never forget. The fact is dedicating two weeks of my life solely for the Lord’s purposes was one of the greatest things I have ever done.   I felt like I was my ideal self:  all my time could be categorized as working for the Lord or proclaiming the gospel and my personal testimony.   All throughout the trip I felt I was being led by the Holy Spirit. Every devotional or gospel message seemed to lead to the next in a purposeful unfolding that made everything I encounter seem truly momentous: AS IF IT WERE MEANT TO BE!!! 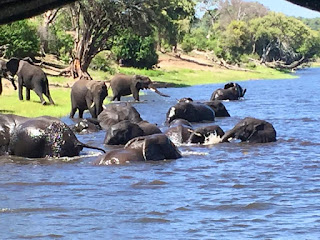 The mission  team from my church were united in spirit and purpose with no division or conflicts which isn’t always the case with large groups of diverse people (16).  I found a new level of respect for Pastor Jaron Halsted and Pastor Mike Lambert as they ably lead and ministered to the group with great skill.

The team spent a week in Harare Zimbabwe where we did concrete and tile work that would help support an orphanage that was funded by Pastor Ephiel Mukamuri of Logos Rhema Ministries. Pastor Ephiel welcomed the team into his home and was a most gracious host providing for all the teams needs during our visit.  While in Zimbabwe, I spoke at Pastor Ephiel’s church and two schools that he supports sharing my personal testimony and the Gospel.   We ended our time in Zimbabwe with a picnic with the orphans, dancing, and praising the name of Jesus in song. 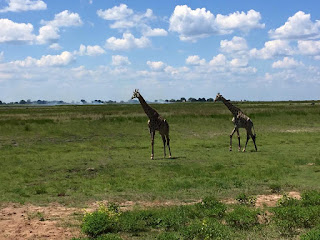 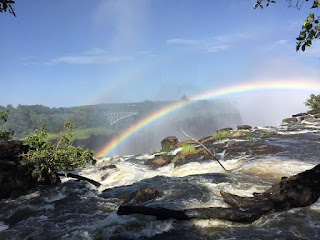 The team then went to Livingstone Zambia where we did brick and mortar work for a school that the Temple of Power church is building.  Pastor Nelly Chibwela opened up her home and heart to the team richly providing for our needs during our visit.   While in Zambia I preached at Temple of Power Church and at Pastor Buster Tembo’s House of Testimony Church.  Near the end of our trip the team crossed the border into Botswana for a day long Safari, where we took a river Safari and then hopped into trucks going into the bush!  The African landscape was graced by spectacular blue skies and sunshine as the team spied, herds of elephants, lions, wart hogs, baboons, crocodiles, hippos, impalas, lynx, and cheetahs.  Our final day in Zambia we went to the awesome splendor that is Victoria Falls. 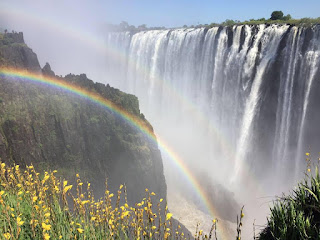 My time in Africa was well spent and I don’t regret it but in life sometimes things aren’t always so wonderful.

The truth is my wife, who doesn’t share my zeal for missions or evangelism, was not happy with my decision to go to Africa.  I had made a determined decision to go regardless of her feelings and she barley communicated with me while I was away. What made matters even worse was that Michele suffers from recurring kidney stones and infections. She was hospitalized just before my trip but she was out when I left, granted with a subsequent appointment to remove a stint while I was to be away.  Things took a turn for the worse and she had to be hospitalized while I was away, another stint had to be put in.  She was extremely angry for what she sees as me abandoning her.  Upon my return , she was cold telling me she had contacted a lawyer in regards to getting a divorce.  She was also very ill. She refused to go to the Hospital that day but after a night of vomiting and not being able to keep anything down we were headed back to Albany Medical Center.

While I was in Africa, I had left under the strain of a spouse who didn’t fully support me and I could understand why some people leave their families, or some people go into the mission field for good.  The problems of my life back home were gone, geographically distant and removed.   I really felt the urge to leave, find a nice Christian woman, and spend our lives being missionaries.  However, the Holy Spirit was leading me while in Africa. The messages I heard were about forgiveness, hope, and love.  I strained and prayed mightily for guidance but as much as I was taken with the life of a missionary and preacher that I had come to experience everything I heard told me to go back home and minister to my wife, to show her the love of Christ that has changed my life so much.  I sulkily agreed that this was what the Holy Spirit was telling me to do, so I reluctantly agreed to go home, apologize to Michele, and to begin to honor, love and obey her as our wedding vows commanded.

So I apologized and started to do things to be there for my wife, reluctantly agreeing to stop going to Bible college to be there for her.   I took her to her doctor appointments and started doing things around the house to get things in order.  I still had fantasies about running off with some Christian woman and being a missionary but I decided to serve my wife regardless of my irrational feelings.  Understand me when I say I was really grieved about this conflict between my desires and what God was telling me to do but I also felt good about being there for Michele and getting the house in order (AS IF IT WERE MEANT TO BE).

I’m happy to report that after days of speaking words of encouragement and serving my wife I had a revelation about my irrational thoughts.  I discovered that all my thoughts of running out of my marriage were just insane flights of fantasy that I had given power to by dwelling on.  I realized that in my mind leaving my wife and finding love elsewhere was built as an option to consider so I had opened a door to sin.  It’s the tenth commandment : You shall not covet (Exodus 20:17).  I was wanting things that weren’t mine and it was wrong.  As a married man, I was supposed to love my wife like Christ loved the Church (Ephesians 5:25). I haven’t been faithful to my wife like I should have been.   God was calling me to repent.
I am happy to say that Michele has fully recovered from her infection and that she has forgiven me.  I have made it plain to her that I am going to love honor and obey her to the best of my abilities and things are going well.

I was chasing after God relentlessly to the exclusion of my wife.  I felt the call to the mission field and went in faith.  My visions of a revival sparked by my visit to Africa weren’t realized but the Holy Spirit spoke to me. Apparently, God wanted to get me alone for a while to show me what was important. Galatians  5:22-23 says” But the fruit of the Spirit is love, joy, peace, long suffering, kindness, goodness, faithfulness, gentleness, self-control. Against such there is no law.” I have spent two and a half years learning about God and faith but hadn’t put the lessons I had learned into practice in my marriage.  God sent me to Africa to show me that He is awesome and ever present and to tell me to exhibit the fruit of the Spirit in my life and marriage.  .

I know I will be challenged and I might fail sometimes. I know that I may never get my wife on board with the Spirit-filled Christian life that I want to live. She may tire of me and leave me but I am going to try to do God’s will for my marriage.

Pastor Mike’s wife, Sue Lambert, had to endure 8 years of marriage to him before he gave himself to the Lord. Now he is a Pastor!

In the Bible, Joseph was in prison for years before he was raised to prominence and saved his family and the entire nation of Egypt.   Moses spent 40 years in the desert serving the Lord and never set foot in the Promised Land.  Paul was rendered blind when Christ was revealed to him with no knowledge that his sight would be restored and he would go on to give his life spreading the gospel.

The point is serving God isn’t without hardship and it is not about receiving a reward here on earth (Matthew 5:12 Rejoice and be exceedingly glad, for great is your reward in heaven, for so they persecuted the prophets who were before you.).

I am going to try to do what God would have me do in my life and marriage without the expectation of reward.  I am going to serve, honor and love my wife as an expression of my faith in Jesus Christ.  .
Posted by MT 4 Christ at 9:52 PM