Hail Mary? Not quite. Jesus corrects a Roman Catholic. 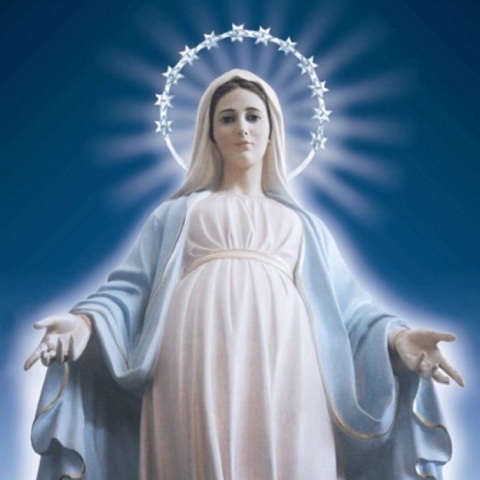 If that's the case, why?  As far as I can tell. Mary's not there.  Jesus is doing all the talking.  Perhaps this was a customary form of compliment back in the day or maybe she was trying to gain favor in the eyes of Jesus? or the crowd? Was this a female Pharisee trying to look good in public?
Perhaps like people in my former tradition, Roman Catholicism, she had a deep genuine reverence for the Jesus' mother.  I recently attended the first communion of my niece and I vividly recall the statue of the Virgin Mary adorned with a fresh crown of flowers.   I recently ran a 5k hosted by a Catholic school and before the race was run the "Our Father" and "Hail Mary" was said.  The Funny thing  is that I loved that these prayers were said in public and I felt that old power of group recitation.  It didn't help with my performance in the race although I did thank God it was over at the end.  Maybe the woman was just showing respect.
Regardless of the intentions of the woman, Jesus, the perfect teacher,  teaches the perfect lesson.
Regardless if the woman's words were said out of lust, out of an attempt to gain favor, or out of the most holy reverence for Mary: Jesus says to Read the Word of God and do what it says.
He's not saying that Mary isn't important or isn't to be respected as an example of faith. However, Jesus says "More than that, blessed are those who hear the word of God and keep it!"
So say the Hail Mary before the race, but don't forget to read your Bible and try to do what it says afterward.
In Luke, before  this woman spoke up, Jesus said:
9  "So I say to you, ask, and it will be given to you; seek, and you will find; knock, and it will be opened to you.
10  For everyone who asks receives, and he who seeks finds, and to him who knocks it will be opened.
I don't care what denomination you belong to, we are to continually seek God and to deepen our relationship with Christ.
Posted by MT 4 Christ at 8:59 AM No comments:

Buying Smart Guard may be a dumb move. Is Amazon in league with a company to steal your cash?

II have to share this experience and I am asking you to share this too.
I bought Beats headphones for my son  for his birthday this past December via Amazon.com and did so because they offered 3 years of "Smart Guard Protection".   It offered: 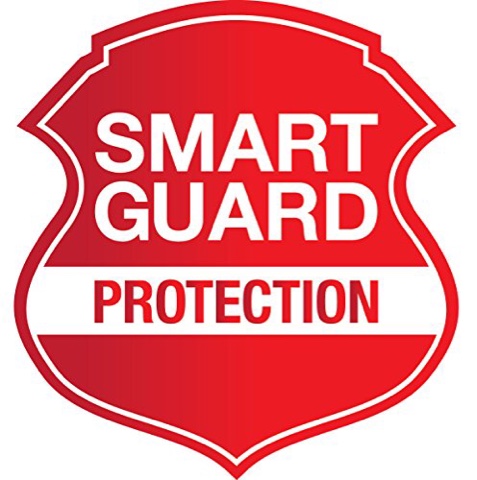 Sounds good right?
I assumed it would cover accidental damage.  It didn't.
I know, l know I assumed.  Shame on me.  I'm out twenty bucks and the cost of the headphones.  My bad...
But what bothers me is I was angry and wanted to warn fools like me from doing the same thing by posting a review.
Here's what I composed:
Worthless plan, don't spend your money.

Do not buy coverage. It is worthless. No ADH, must mean no accidental handling I guess but what it really means is you spent you're money for no reason and you expensive electronic device is broken. I will never use this company again and will advise everyone I know to do the same. Web site and registration was a little glitchy too. When I was finally able to get a claim in, it was denied.

Amazon should not offer this coverage, or suggest it or whatever.
I am a fool mind you but I was actually surprised that Amazon denied my review!
However they did encourage me to revise and resubmitted noting the following guide lines:
So I composed this:
No accidental damage,

I found this coverage inadequate. I bought headphones for my son and this coverage was offered. I assumed it would cover accidental damage. It doesn't. I normally buy electronics from chain stores that offer similar coverages which offer:

no hassles,
somewhere you can go and speak to someone in person
Accidental coverage.

Needless to say, I didn't get any of those from this coverage.

Web site claim and registration was a little glitchy too. When I was finally able to get a claim in, it was denied.

Beware.
Guess what denied again.   I left out the part about chain stores in the middle and resubmitted.   I'll let you know if it gets posted but in the mean time  I am using my blog to share my voice with anyone and everyone who is curious enough to click and read this far.

You know,  it's junk like this that causes many people to not trust retailers. I have been shopping online for years and have never felt like I was set up to fail before.  Amazon and I go way back to 1995 and it hurts to feel they maybe partnered with something sketchy.  I checked and other consumers were equally dissatisfied and felt they had been misled in purchasing this protection.  I don't blame Smart Guard.  They are a fly by night cyber product insurance company, I guess.  They are made to take people's money for nothing in return.  I blame Amazon because of the relationship I have had with their excellent service, Intrusted them not recommend something that frankly isn't worth a dime.
I use Best Buy nornally when I buy electronics and yes I buy protection have used it successfully.  They have a store you can go to. 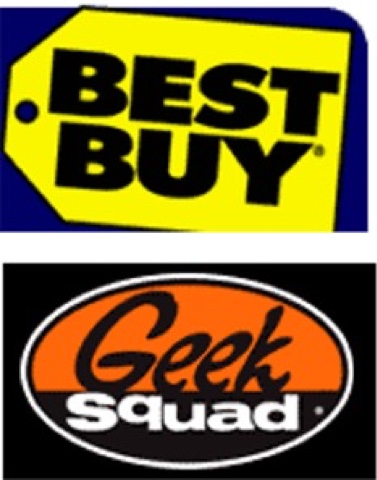 They website you can order from.  Make buy the accidental protection for drops and spills. oh they are very clear when they offer it, that there are different levels of protection, even online, it's clear.
I won't use Amazon to buy electronics ever again.
By the way, what's up with the censorship Amazon? I'm pretty sure most people would agree that my reviews were reasonable and certainly would have found them helpful if they were considering buying Smart Guard protection.
I hope this was helpful to all the other fools out there.
Dr. Dre, 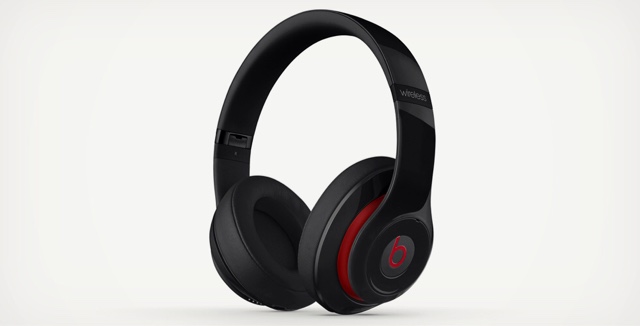 The headphones snapped after a simple drop.  You'll be hearing from us.  They should be under warrantee only.  Hope it goes well.
Posted by MT 4 Christ at 2:58 PM No comments:

The Shallows gets deep. More than a fishing story.

This weekend I had the pleasure of seeing the feature film "The Shallows" starring Blake Lively.
The film is given the following description via an Internet search so don't blame me for any spoilers.
Still reeling from the loss of her mother, medical student Nancy Adams (Blake Lively) travels to a secluded beach for some much-needed solace. Despite the danger of surfing alone, Nancy decides to soak up the sun and hit the waves. Suddenly, a great white shark attacks, forcing her to swim to a giant rock for safety. Left injured and stranded 200 yards from shore, the frightened young woman must fight for her life as the deadly predator circles her in its feeding ground. 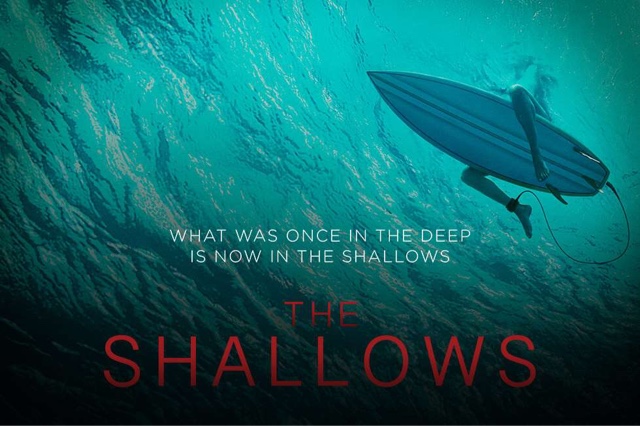 The film is a great summer movie with plenty of thrills and I highly recommend it. The reason that I enjoyed this film so much was not for the Shark but for the story.  I can't recall a summer thriller really allow an audience to contemplate, suffering, life and death with any degree of sensitivity in the midst of the action. The character, Nancy Adams, is trying to find herself and grieving her mother's loss when she is suddenly forced to face her own weaknesses and mortality.  She doesn't know if she will survive. With this heightened sense of the value of life, she demonstrates compassion and even forgiveness to someone who doesn't deserve it.  With time running out, she knows the importance of her family and confirms her identity with the dogged determination to fight to survive.
I was really moved by her struggles because it reminded me  that we are all stranded on a rock being stalked by death.  In our lives we come to times where we may question who we are and may spend too much time on things that don't ultimately matter.  Contemplating her death, Nancy Adam's thoughts are on her family and being true to them.
Now don't get me wrong, family is very important.  I just wish that she had considered the other side of eternity on that rock.  I got pretty choked up at a certain point in the film and I'm telling you if Nancy Adam's had prayed to God for help or forgiveness I would have completely lost it and would have been a crying mess.   Why?
You see,  I've had an experience through my relationship with Christ that I know that the good news of the gospel is absolutely true.  Like Adams, I suffered a major loss and I questioned everything I knew.  It sent me on the journey of searching for truth.  I discovered that God, Jesus and the Holy Spirit are real and alive.  When I sought them, they revealed themselves to me, saved me from my sins, changed me, and gave me new life that will never end.
So if Adam's had made a plea to God, I know that it would have been heard.  I know that if she asked Jesus to save her, He would have.
If she had done this, I would have cried but the tears wouldn't have been tears of fear or sadness.  They would have been tears of hope and joy.   Regardless of whether the shark got a meal or not, Nancy Adams would live.
I encourage everyone to read this to search for the living Christ or deepen your relationship with Him.
John 14:6 says "Jesus said to him, "I am the way, the truth, and the life. No one comes to the Father except through Me."   Jesus is the only way.  Seek Him.  In the end, it will be the only thing that matters.
Posted by MT 4 Christ at 9:50 AM No comments: