Half a World Away - Love will Find You 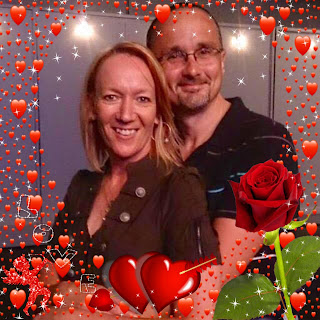 This is the testimony of my Australian friend, Liisa Grace, and the way that God brought true love to her life from half a world away.

We met on Strava-God took Care of the Rest

If someone were to tell me that I would marry a man I had not yet met in person I would have told them they’re crazy however I should know that God is full of surprises. I did pray and ask God to bless me with the man of my dreams (if it be in his will for me) and with that I left the request with him and carried on with my life. I had developed an obsession with cycling and was addicted to my daily workouts that my coach had prepared for me. I had downloaded an app on my phone (Strava) to which I uploaded all of my rides and I followed many fellow cyclists rides from all over the world. One rider in particular named Dave grabbed hold of my attention because he uploaded long rides and was fast. I would often compliment him on his speed and elevation. Then one day I noticed that he uploaded photos with his ride which was something I didn’t know could be done and as I browsed through his pictures I caught myself smiling as I looked at them again and again. When I noticed that he lived in Pennsylvania USA I immediately dismissed my feelings of excitement.

It was June 2014 that we began following each other on Strava and in October 2014 I was shocked to see that he had crashed and landed in hospital with a broken hip. We had by that time progressed to following each other on Instagram and Facebook too so I decided to post a “Speedy Recovery” to his wall to which he replied. As I scrolled his profile and newsfeed it was evident that he was a Christian who really sparked my heart but again I said to myself “forget about it, he lives on the other side of the world and besides, he could be married!”

In December 2014, I celebrated my 50th birthday at which my son had presented me with a beautiful video containing a condensed version of my life story. He then posted it on Facebook several months later. One morning in March 2015 as Dave was getting ready for work, he watched the video and was so moved by it that he wrote me a private message elaborating on God’s goodness and grace throughout my life. That message was the beginning of a conversation that bounced back and forth between us daily. Dave asked if I had Facebook phone icon and if he could call me on there. Hearing his American accent on the other end was almost unbelievable. “He’s real; he’s actually real!” I said over and over in my mind as we spoke for quite some time.

We shared a lot about ourselves, especially our faith in God. We then set up a Skype date for the following week, speaking to each other for over five hours! When I first saw him I thought “Oh my goodness, he’s so darn handsome, tall, and calm and his voice, oh my…my heart was melting” Seeing him sitting in his lounge room talking to me was as though he was sitting across from me in the same room. We shared a lot of stories about our faith journey and together we prayed which seemed to happen so naturally. Once we said our goodbyes I jumped up and down like I was in fifth grade and squealed with excitement. I then messaged him saying “Oh my goodness I did not realise you are so hot!” There was a pause in his reply as he didn’t quite know how to respond to that which we now laugh at.

We were calling each other daily despite the fifteen-hour time difference, somehow we would make it work that we could have lengthy conversations every day and as often as possible we would see each other on skype. After a while Dave said he had something to tell me, sharing with me that he was in love with me. As crazy as it seemed that we hadn’t yet met each other in person it felt equally as natural that this was happening. Prior to Dave coming into my life I was at a place with God where I felt completely content in him, and I really wasn’t searching or yearning for a partner having surrendered that request with him. It was the same for Dave; he had shared with me that he had prayed for a wife but only in God’s timing.

May 2015 Dave proposed via skype, we discussed the realities of married life, where we would live etc. Dave had not ever been out of USA before coming to Adelaide South Australia in November 2015.I was busy preparing for our wedding prior to Dave’s arrival. He landed in Adelaide on November 14th, I drove straight from work to the airport and as I saw the Qantas plane land my stomach felt all tied in knots and I had Goosebumps all over. I saw him through the clear tunnel just before entering inside the airport and he looked so tall and handsome, well actually I thought he looked like a Rockstar with his long hair and confident stride. My son was also at the airport incognito, ready to film our first meeting. We embraced a warm hug and walked hand in hand to collect his luggage.

As I drove from the airport to my home I wanted to pinch myself for fear that I may just be dreaming. The next day Dave had arranged with my son to come to Glenelg jetty to film us as Dave officially proposes with an engagement ring which I knew nothing about. We went out for dinner at the marina and then Dave suggested that we go for a walk along the jetty. I wasn’t too keen as I was feeling a little cool but seeing as he was so eager I agreed to go. Once we got to the end of the jetty where a lot of people were fishing, walking, or sitting, Dave got down on his knees and proposed in person. Few days later, on November 18th, we were married at Port Noarlunga with the sun setting as we exchanged our vows.

When I began sharing the news with family and friends some of them would say things to me like “what if he smells?” Dave also shared with me later that his family and friends were expressing the same concern to him which we found quite funny. Well we certainly didn’t smell, in fact we connected on a level deeper than our own comprehension. It literally felt as though we had known each other our whole lives, we were instantly comfortable together.

Dave spent one month here in Adelaide and then I went back to the states with him for two weeks. After that we lived separately again until May 2016 when I went back to USA for three months to be with Dave. It was difficult as we both had jobs in the countries we lived in and I wasn’t approved a visa for America initially, having to apply twice, the second time being successful.

The plan was for Dave to move to Australia however he had been employed with the same company for thirty-one years and had insight that his department was going to be outsourced though he didn’t know when so in faith we prayed and waited. In August 2016 I returned home to South Australia and then in October 2016 Dave came over for two weeks followed by me returning to the states with him in November 2016 for two weeks.

On January 16th, 2017 Dave arrived in Adelaide to live! As we look back at how all of our plans and proposed prayers unfolded we are overwhelmed at Gods goodness. Dreams really do come true. This year we will celebrate three years of marriage, for each day we give thanks to God for bringing us together in his perfect timing even when it all began 10,000 miles apart.

See the video of Liisa and Dave's first meeting, proposal, and wedding by Clicking on the Links below: