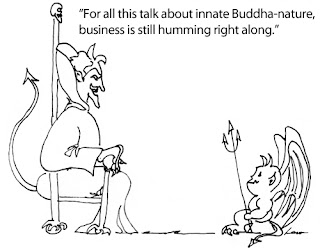 Anyway I was sharing some things about myself.... and I left off with the birth of my twin boys back in 2001.  Holden was the larger healthier twin who came home shortly after being born but his older (by a few minutes)  smaller brother Brennan had to stay in the hospital a few weeks and when he came home he had a heart monitor attached. We called Brennan beeper for a while because in the middle of the night or at random times during the day he would shift the monitor or somehow set it off, cause us to freak out and run to his crib to make sure he was still alive!  Thank God he was!  I'm happy to report that Brennan is currently in eighth grade and turning 14 in December.

My Son Holden died of pneumonia in March of 2002.  Holden and Brennan got colds in March and we were concerned and took them both to the doctor on a Saturday.  The doctor said they would be fine but Holden took a turn for the worse. I got up with the babies at night and I attended to Holden, gave him a bottle and fell asleep with him in my arms sitting in the recliner in our living room.  When I woke up he was cold and unresponsive. I screamed for my wife to call 911 and started doing CPR, Michele tried too. The first state trooper on the scene took over. The paramedics took him to the hospital. They worked on him their until a doctor eventually told us that he was gone.

We went home.  The state troopers showed up to ask me some questions.  I was afraid I had inadvertently smothered Holden because there was blood on my shirt. I gave the shirt to the detectives.  The medical examiner's autopsy showed that Holden's lungs were diseased, the pneumonia.  I remember being really angry and lost in grief.

Brennan was fine and we baptized him shortly after Holden's funeral.  I was angry so I stopped going to church.  I kept busy, working and taking care of Haley and Brennan, but I was really lost in grief for quite some time, 2 years I think.

Around 2005 I discovered Buddhism and its philosophy that life is suffering. That spoke to me so I went full fledged Buddhist for 5 years; Reading Buddhist's teaching, meditating, going to the local Buddhist center,  I thought I had found a wise philosophy of life to deal with the suffering through appropriate actions and by re-identifying and re-prioritizing things in my life.  God was something of a mystery, as a Buddhist you don't deny He exists but you sure don't look to Him for any help. A Buddhist is too busy practicing meditation and staying grounded in the present moment with yourself as the center of attention and the ability to transcend all suffering if you work hard enough, being so dedicated that we are content to continue to work it out in the next life if necessary!  I remember feeling "enlightened" that I didn't believe in or rely on a God to help me; people that believed in a God were weak and lacked understanding.  Karma ran the universe, you just had to change your karma!  Practice and Study the Dharma, get good Karma.  Oh boy!   I am thankful for what I learned through my experience in Buddhism particularly the techniques of meditation and viewing material things as they really are, but the theology/cosmology of Buddhism is man saying "I can do it myself if I just work hard enough". Now that is a philosophy that is common and lacks understanding.  This universe had a beginning and has a purpose.

To find the purpose We have to look at the beginning.  Genesis 1:1 says  "In the beginning God created the heavens and the earth."  Everything begins with God,  Everything is going to end with God too. We can deny Him. We can say He doesn't exist.  We can make up a God that is comfortable to live with,  We can do lots of things. It doesn't mean we should.  We can run but we can't hide.

In spring of 2010, I was a full fledged Buddhist, doing medicine Buddha chants on the side of the road while flagging traffic for my construction job but God had decided that I had run long and far enough.  He wasn't going to be ignored anymore.