His Grace is Enough: Resurrection Sunday 2017 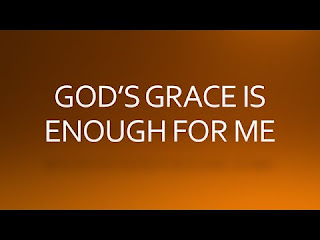 His grace is enough.
When I heard the gospel message that saved me back in 2010, I couldn't believe it.
In my denomination I knew Jesus died on the cross to pay for the world's sin but the teaching and preaching I heard never taught me that the work that Jesus on the cross was enough to cover all my personal sins.  I was convinced that I was a sinner. They were good at teaching that.  I thought I had to be good to get in Heaven and I knew that I wasn't good so I followed my own selfish desires and forgot about the God who was powerless to do anything but send me to hell.  It was a hard dark road for a long time.
But then I heard that Jesus did in fact die for my sin, sins past, present, and even future.  I was relieved and immediately said the prayer that saved me.
His grace was enough!
After I got saved I resolved to follow the Lord as much as possible even though I was still a drunk and sinner.  I started to read the Bible and saw that Christians were not supposed to get drunk... I was confused.  I thought I was forgiven.
Well I was and God's grace would cover my sins til the day I died but I Am God's child now.  The Holy Spirit was in me and the same old drunkenness and sin wasn't as much fun. I felt I was doing wrong!  I drank for 25+ years and never had a desire to quit.  But  now I did.   Even though I knew God wanted better things for me I thought it was impossible to change. In 2015, my church started a Recovery ministry, I knew it was for me. I signed up and the rest is history. I'm over Two years sober today.
When I saw that God was willing to do the impossible in my life, I said "What's next?"
Now I'm close to completing a book I have been writing based on the preaching of a local pastor.  God has healed me in more than one way. I'm out of debt. Life is good.  I am living the new life that is promised to believers in the Bible, a life of hope and victory over sin and death. 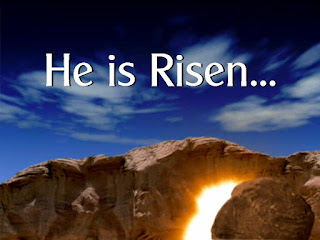 On this Resurrection Sunday, I just want to thank God for what he is doing in my life and I want all who should read this to know that God loves you and He is willing to do the impossible in your life too.
Believe and Christ and follow Him.
Posted by MT 4 Christ at 1:32 PM No comments: